Walking with Your Sons on the Journey to Manhood 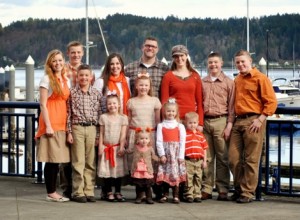 I love my boys – all five of them – and I want the very best for them. I want them to grow up to be mighty men who fear God, and God alone. But I also want them to be tender, humble, self-sacrificing men who lay down their lives for others.

So how do boys grow up to be these kind of men?

This is the journey I’m seeking to walk with my five boys. And if you desire to walk this journey too, I’d like to invite you to join me on tonight’s Christian Heritage OnAir Live Video Broadcast at 7pm, as we explore:
How we can give our hearts to our sons, and truly make the effort to gain their’s.
How we can build trust with our sons.
How we can help our sons reach their full potential, acknowledging their unique natural gifts, spiritual gifts, personalities, and passions.
How we can train our sons to understand the importance of work and diligence.
How we can lovingly chasten our sons as our Heavenly Father chastens us.
How we can teach our sons to love God and others, preferring others better than themselves.
How we can give our sons the opportunity to exercise leadership….and fail in the process.
Dads, this world is an unfriendly place for boys who want to become godly men. Let’s not let make them walk this road alone.

Your Brother in Christ,

Before It's To Late!

“Bringing up children is like working on a concrete pour, and as anyone who has worked with concrete can tell you, after forty-five minutes, you are all done. Time is a key element in this task, and after that time has passed, the thing is done.” Federal Husband by Douglas Wilson

“Tell me who your father is and I’ll tell you who you are.”

Every father leaves a legacy with his children-no exceptions.  The only question is, what kind of legacy?

A few years ago , a team of New York state sociologists attempted to calculate the influence of a father’s life on his children and the following generations. In this study, they researched two men who lived at the same time in the 18th century.  One was Max Jukes, the other Jonathan Edwards.  The legacy that each of these men left their descendants stands as a study in contrast; they are as different as night and day.

Max Jukes was an unbeliever, a man of no principles.  His wife also lived and died in unbelief.  What kind of lasting influence did he leave his family?  Among the 1,200 known descendants of Max Jukes were.

Research shows that not a one of Jukes’ descendants made a significant contribution to society-not one!  To the contrary, this notorious family collectively cost the state of New York $1,200,000.  Not much of a legacy.

What about the family of Jonathan Edwards?  Regarded as the most brilliant mind America ever produced, Edwards was a noted pastor and astute theologian.  This renowned scholar was the instrument of God used to bring about the Great Awakening in colonial America.  Later, he served as the president of Princeton College.

Jonathan Edwards came from a godly heritage and married Sarah, a woman of great faith.  Together, they sought to leave an entirely different kind of legacy.  Among his male descendants were:

There is scarcely any great American industry that has not had one of Jonathan Edwards descendants as its chief promoter.  Such is the lasting influence of one godly man.  Now, that’s a legacy!

Excerpt from Leaving a Legacy by Steven J. Lawson

The Psalmist in 144:12 concludes the picture of glorious womanhood that God has designed for our daughters with the importance of her influence. She is to be a cornerstone, polished after the similitude of a PALACE. The godly woman’s influence has the potential to be far greater then even a household, but over palaces which belong to kings. (now true enough every mans house is his castle but this speaks of more than that).

Think of Ruth whom God redeemed through Boaz, whose name means standing in strength and would later be the name a one of the pillars of Solomon’s temple. Who besides God was a key cornerstone of influence in the life of Boaz whom that pillar in palace was named after? Ruth! Did she only effect her husband, mother in law Naomi, and Obed? I think not for she is listed for generations to see that God placed this beautiful polished cornerstone in the linage of Christ. Now when you think about her background as a Moabite girl from a despised people it is truly glorious to see the wonderful grace of God use someone with whom no one else would use not only to influence a few, but to influence generations of people around the earth including you and I today.

The statement “the hand that rocks the cradle rules the world” is truly an understatement.

A Strong, Beautiful, Women in the hands of God will not just impact a single home but entire kingdoms of this World. Most importantly they have an amazing opportunity to impact the Kingdom of God.

God has Hopeful Expectations for each His daughters to fulfill. It is time to realize and embrace God’s call and plan for your life to be women of Strength, Beauty and Influence. Not for the plans of man, but the plans of your loving heavenly Father.

Psalm 144:12 That our sons may be as plants grown up in their youth; and that our daughters may be as corner stones, polished after the similitude of a palace:

Daughters are likened unto corner stones which are not pictures of weakness! They are descriptions of STRENGTH!

Christian fathers and mothers, we must reject the image that the World has placed in our minds of Christian womanhood that is some form of abusive slavery fit only for weak minded women. It is an absolute lie that a woman who is a Godly keeper at home is weak or abused.

The Christian woman, rightly understood, is to be one who is raised to be as a cornerstone which is not an insignificant part of a building, but it is distinctly set apart as a tool for building the home or building upon. In fact, we find in Scripture, Christ referred to as the Cornerstone of the Church. This is vitally important for the church, as is the significance of a woman in the future building of a new home when she is married.

The key to a woman’s great strength is in the primary place where her strength is to be executed, which is the home.
I beg of you not to under estimate the strength that you have to impact your family and the people around you through a well ordered home and family. 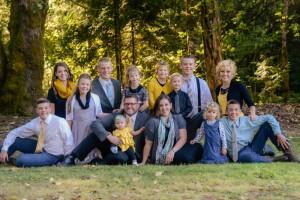